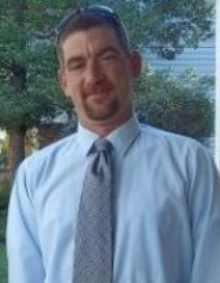 Born in Wilmington on April 5, 1981, he was a son of Roger J. and Diana M. (Hess) Baumgartner. Eric was a 1999 graduate of Newark High School, where he was member of several music groups and ROTC. He earned the rank of Eagle Scout with BSA Troop 56. Eric enjoyed working in many skilled trades, his favorite being carpentry. He was co-owner of Yes We Can, Home Improvements. Eric took great pride and joy in helping many neighbors and friends spruce up their homes and yards. Always willing to help those in need, Eric will be remembered as a good guy with a big heart.

In his leisure time, he enjoyed watching the Eagles try to win, watching movies, and driving his faithful Chevy Silverado truck.

There will be a private family service.

In memory of his friend and companion Sadie, donations in Eric’s name can be made to the Delaware SPCA, 455 Stanton Christiana Road, Newark, DE 19713.